Lifting the laser-cutter cover and looking at the precision cuts and frayless sealed edges impressed me. I was working on an RGB dress during an international collaboration wearable technology class and artist residency between the Maryland Institute College of Art (MICA) and Willem de Kooning Academy (WdKA). The class revolved around these questions:

An idea from an image sensor brochure

At work, one of my tasks at the time was putting together a CMOS image sensor brochure for a semiconductor company. The brochure included a visual of a Bayer color filter array used in some cameras. 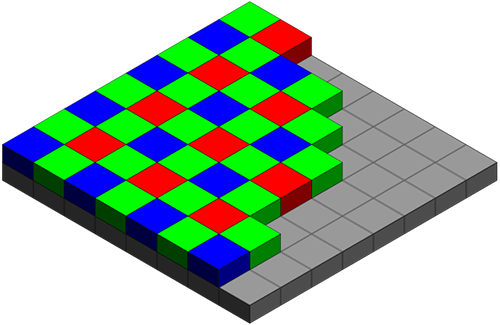 From image sensors in cameras, my mind drifted to RGB pixels used in screens to display images. It then meandered to photoreceptors in the eye that are sensitive to different wavelengths and responsible for color vision, which led to thoughts about the natural image interpreter between your ears.

Over time humanity has shown a proclivity to observe, document, currate, and evaluate in order to create an image or idea of a person, group, or time. History building is heavily dependant on perception, stored data, and more recently sensed data, that is composed into a consumable story. I concluded that putting a pattern on the body associated with sensing and visualizing images would be a relevant comment on information identity.

The dress design relied on the pixel pattern that sparked the idea. Laser-cut fabric of varying sizes was used to represent different pixel resolutions. The fabric pieces and zipper were ironed together with fabric interfacing.

I initially wanted to program the dress to take photos and got as far as creating a capacitive sensor that could be sewn on and trigger an event, but the complexity and time it was taking wasn’t contributing enough to the bigger concept.

The work of early long-exposure and motion photographers

I was fascinated with photographers whose work intersected with engineering—specifically Eadweard Muybridge, Étienne-Jules Marey, and Doc Edgerton. They pushed the edges of what could be captured in an image by seemingly freezing time and developing new tools and styles, like chronophotography. They were motivated to understand how animals, people, and other things move. I wondered, if they were still alive and interested in photography, what would their methods of documenting and discovering movement translate to in this world that is hungry for data?

Once the dress was finished, I organized a couple of photo shoots and took long exposure photos of a person moving while wearing the dress. The photos blended the red, green, and blue to reveal a full spectrum of colors that you wouldn’t see just by looking at someone wearing it—colors that would only be seen with movement and time—abstractly making the dress a tool kind of like an image sensor or a screen.

The photos resulting from the photo shoots became my thesis work—an abstract series depicting that what you see in a moment is different than what you see with time. 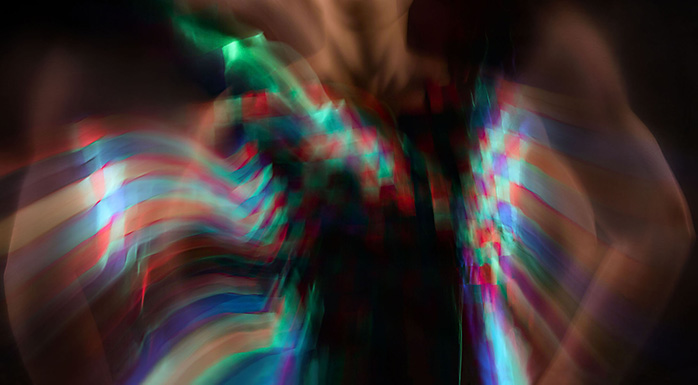 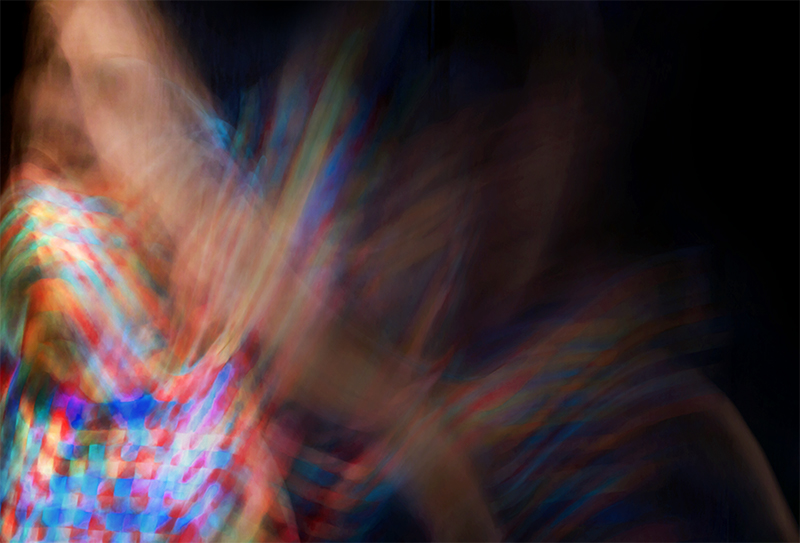 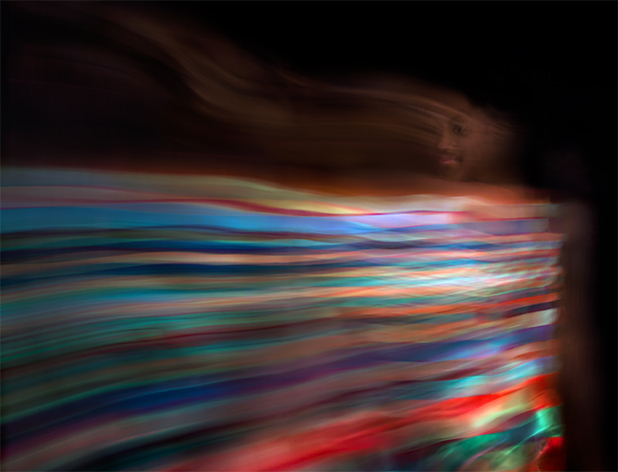